A new facility has been added to the system to allow bookings to be made with FIXED Rates. This will be introduced after release 1.00.17.213

When making a booking the Booking Entry screen now includes a Fixed [  ]  tick box. This will allow users to enforce that the rates entered at the time of booking remain at these rates, even if the "Update Rates" process is subsequently run. 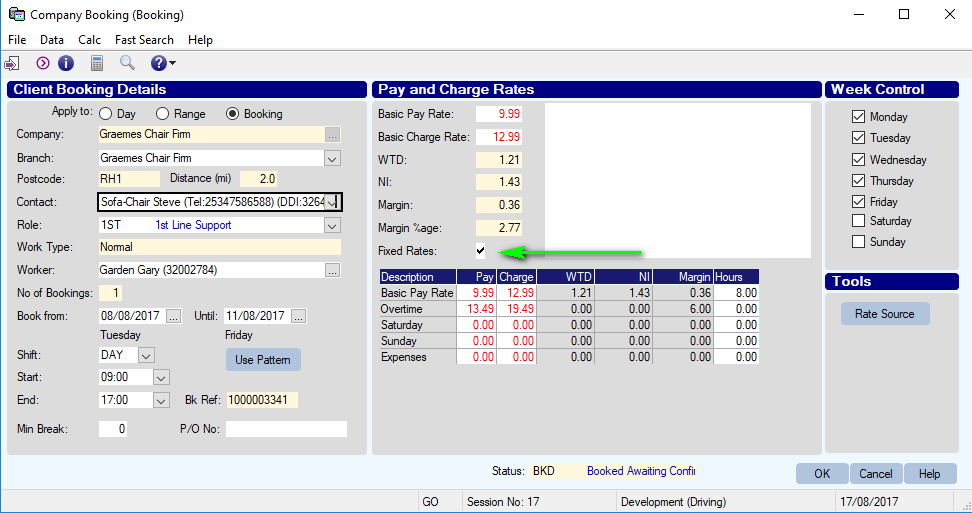 In cases where the rates have been amended so that they are different than the rates automatically set by the system the adjusted values will be displayed in red.

The Update Rates process is an option which allows users to run a program to go through all current booking and check that they are at the "Current" applicable rates.

This is often run just before commencing Time-sheet Entry to ensure that all the bookings against which hours are about to be entered reflect the 'correct' rates.
e.g. A candidate may have some bookings which were made BEFORE they qualified for AWR, but where they have now reached the 12-week threshold and so should have a higher rate applied. Running the "Update Rates" process will amend the Pay/Charge rates for these bookings to reflect the rates as-if the booking had just been created 'Now'. 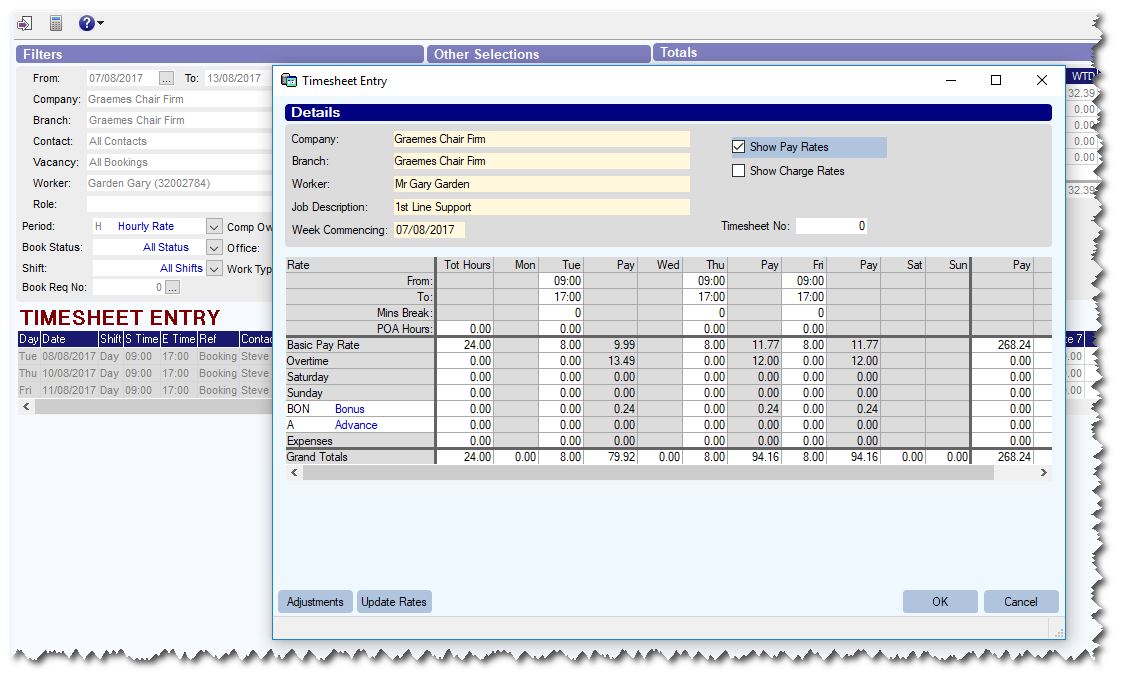 There are many placed from where the "Update Rates" program can be run.
In the example above you can see that there is an [Update Rates] button available at the bottom left whilst in Time-sheet Entry.